TV Advert Produced For Pulman Group, this was their very first advert as a group on TV

North East Car dealership Pulman Group approached Just Out Marketing to create them their very first TV advertisement which was to appear on ITV.

The TV advert and the media campaign was planned by our team in order to help accelerate public awareness of the brand. This was the first TV advert for Pulman Group in over 16 years.

The TV advert was created to showcase Pulman Groups flourishing showrooms in both Durham and Sunderland. This was to follow a viral marketing campaign and video which was created previously with Just Out Marketing. It stared Newcastle United Football plays and received over 100,000 YouTube hits.

The new TV advert will be shown during prime-time TV slots on ITV over the forthcoming weeks. It features all 3 of their brands, SEAT, Volkswagen and Skoda.

The idea was to create a TV advert for Pulman Group which represented its values and excellent customer service. We came up with the musical identity using the song That’s Life, which we thought fit the advert perfectly an what Pulman stands for.

Filming of the Pulman Group TV advert took a couple of days. Both ourselves and the staff at motor dealerships certainly enjoyed creating the film.

One of the briefs we were given was to create a new identity for the client. We really hope this has been achieved and wish Pulman Group success with the advert.

Our previous video we created for Pulman Group was in 2013, it featured Newcastle United Football players taking on the crossbar challenge. This not only achieved fantastic hits on YouTube. It was also featured in front of 52,000 fans at St James Park. 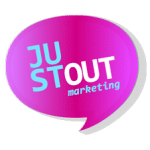 We use cookies to ensure that we give you the best experience on our website. If you continue to use this site we will assume that you are happy with it.OkNoRead more